East Ridge Parks and Recreation has joined forces with GGLeagues, an online esports gaming company, to bring in a new program that offers players a safe and fun way to participate in a community activity from home.  Esports is a rapidly growing competition venue around the world.  While we are not going worldwide, we are going statewide by participating in the Tennessee Esports Rec League through GGLeagues. Details for the upcoming winter season are below!

There are three age groups: youth division (ages 8-12), teen division (ages 13-18), adult division (ages 18+). The season starts the week of January 24th with games being played on varying days depending on the game title.  Players will participate from their own homes and by purchasing a GGLeagues winter esports pass for $40, can compete in as many different games as they would like. The registration deadline for the winter season is January 17th. 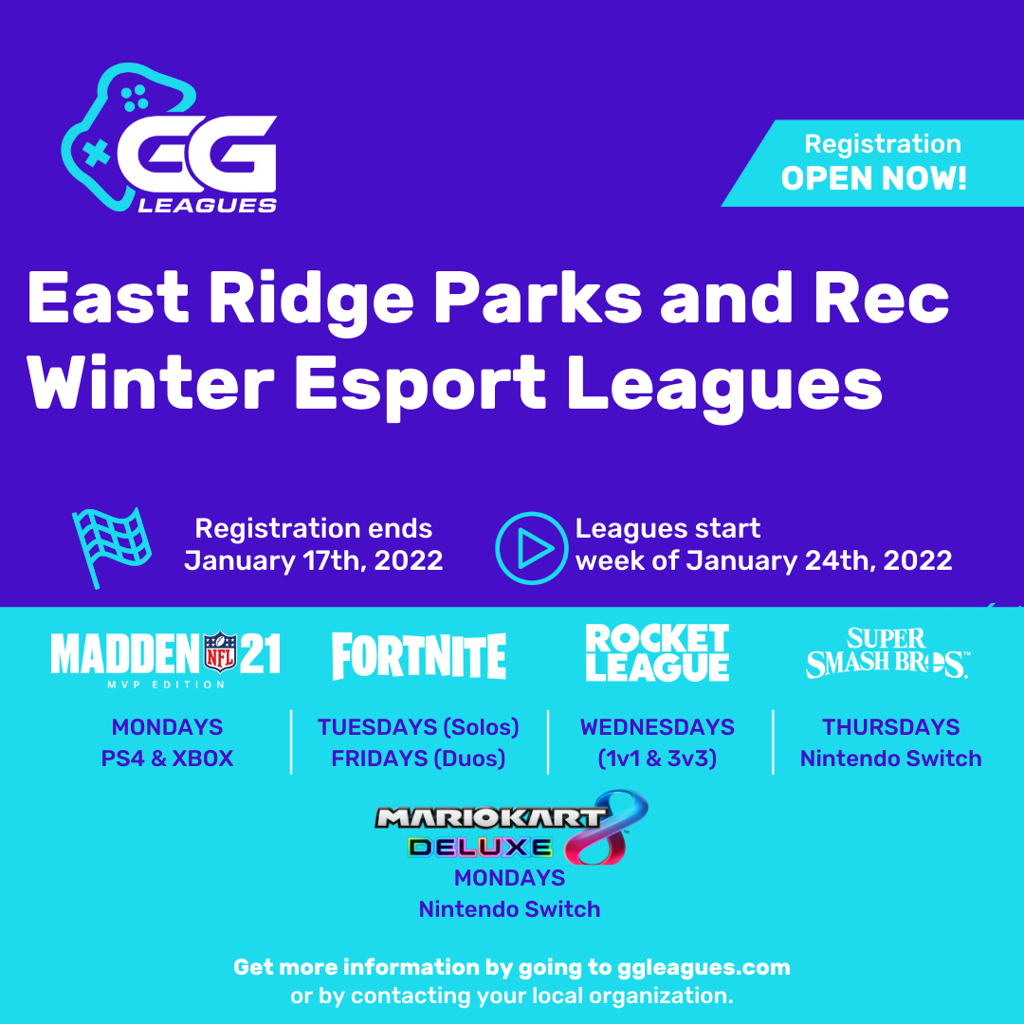 Throughout 2022 GGLeagues will be offering esports leagues, educational events, free gaming events, and more in your community.  Leagues will be run online through GGLeagues and will consist of an eight-week season.  Games will be at the same time and day each week with a flexible rescheduling policy.  At the end of the season, players will participate in a two week playoff and championship event to crown the champion. 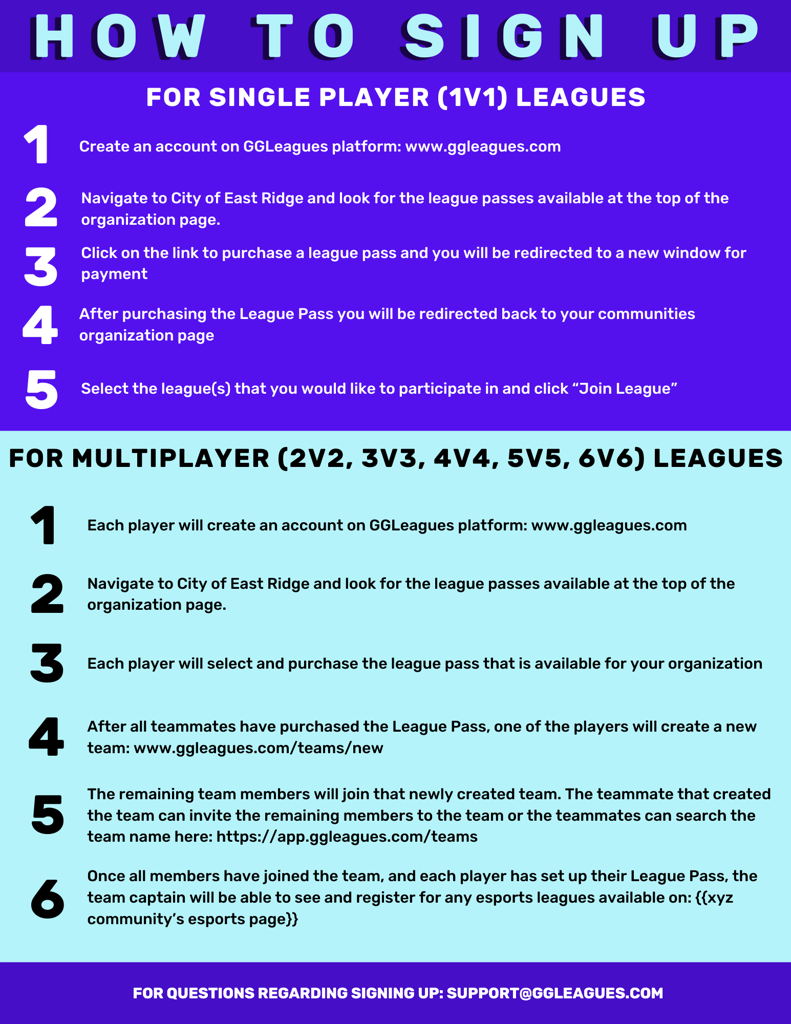 All games will be played within the Region.  All players need to register through our link and the winner of the league will be crowned the champion of the Region. Winners for each region will receive a GGLeagues champion shirt and medal!

To play, you must have a console/computer to play on, email address, own the game you are registering to play and have the ability to play live.  All games are monitored by GGLeagues and players are held to a code of conduct to maintain a fun and safe gaming atmosphere.

This is new to us and possibly to you as well.  We have lots of great information to share, but can’t fit it all here. https://www.ggleagues.com/page/esports-passes